Austin Pendleton is an actor, director, playwright, and, at HB Studio in New York, a teacher of acting. His Broadway appearances include Choir Boy (this past season), The Diary of Anne Frank (with Natalie Portman), Doubles, and the original production of Fiddler on the Roof, in which he was the first "Motel"

the Tailor and played opposite Zero Mostel. He has also appeared extensively off-Broadway (winning an Obie for The Last Sweet Days of Isaac, and currently appearing in Life Sucks) and off-off-Broadway, in which he has played roles like "Hamlet", "Richard the Third", "Shylock", and originated roles in many new plays. He has appeared in about 300 movies, including What's Up Doc, My Cousin Vinny, Catch-22, and Mr. and Mrs. Bridge, and had recurring roles on TV in Homicide and Oz. On Broadway he has directed The Little Foxes, with Elizabeth Taylor, for which he won a Tony nomination, Spoils of War, with Kate Nelligan (who won a Tony nomination for it), Shelter (a musical by Gretchen Cryer and Nancy Ford, which won several Tony nominations), and The Runner Stumbles. Off-Broadway he directed three Chekhov plays ( Uncle Vanya, Three Sisters and Ivanov), in productions which included Peter Sarsgaard, Maggie Gylenhall and Ethan Hawke, and Hamlet, with Mr. Sarsgaard. The plays he has written are Orson's Shadow (which ran off-Broadway for about a year, and has been produced since all over the country and in London) and Uncle Bob (which has been done off-Broadway twice and played around the country and in Paris, translated by Jean-Marie Besset), and Booth, which played in New York starring Frank Langella, and has since been done in many productions in the United States. He also wrote the libretto for the musical A Minister's Wife, which played at Lincoln Center in 2011 and has since been done around the United States. He is a member of the Ensemble at Chicago's Steppenwolf Theatre. He has acted there, directed there, and his plays have been produced there. He trained (and subsequently worked for many years) at the Williamstown Theatre Festival, under the guidance of its founder, Nikos Psacharopoulos. He was born and raised in Warren, Ohio. 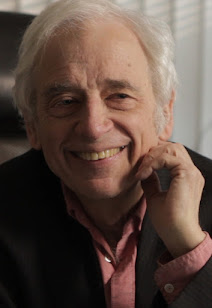 Peter last co-directed Wars of the Roses with Austin Pendleton.  Off Broadway: The Contrast for the Mirror Rep, H6R3 at the Promenade Theatre,  Divine Fallacy by Tina Howe ( World Premiere) for Hunter Playwrights. For the National Arts Club: Vieux Carre , Suddenly Last Summer,  The Lion In Winter  and The Potting Shed. 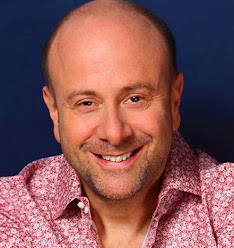 Jesse is a New York based scenic designer. Her recent credits include: assistant on Hadestown at the Kerr Theater which won the 2019 Tony for Scenic Design and Best Musical; assistant on What the Constitution Means to Me at the Helen Hayes Theater; associate on #Dateme at the Westside Theatre; designer of FMK at the New Ohio Theatre; designer of Inside Danny’s Box as part of the First Irish Festival at The Cell (nominated for best design); designer of The Collector at 59e59; assistant on Shakespeare in the Park’s productions of Othello and Twelfth Night; assistant on Latin History for Morons at the Public.

Steve is pleased to be working with Matt de Rogatis again. Some works that he has previously worked with Matt on include Wars of the Roses: Henry VI & Richard III and The Collector. He is the Lighting Supervisor and Assistant Production Manager at Queens Theatre. His past designs at Queens Theatre include Relic, The Miracle Worker, and Queen Bees. You can also find him in front of the camera. Some of his film credits include roles in Killer Unicorn, The Evangelist, Lady Peacock and The Coffee Shop.

Sean is a sound designer, composer, and violinist based in NYC. With Third Rail Projects, he's created immersive soundtracks for Then She Fell (Bessie Award), Ghost Light (LCT3, Lincoln Center), The Grand Paradise, Sweet and Lucky (DCPA), Midsummer: A Banquet, Behind the City, Confection (Folger Shakespeare Library), Roadside Attraction (Brookfield Place), All Hallow's Eve (Met Museum of Art), and the documentary film Between Yourself and Me. Other shows include the off-Broadway revival of Around the World in 80 Days (Davenport Theater), The Net Will Appear (59E59), The Collector (59E59), Symphony of Shadows (Dixon Place), and music for 3AM Theatre's touring circus / dance production of Eventide (Peripilo Festival, Physical Theater Festival). www.seanhagerty.com

Chris Loupos (Photographer) is an editorial and advertising photographer mainly working out of the Tri State Area but also including Los Angeles, California. His images have been featured in national publications like Adweek, Industry Magazine, Food and Wine Magazine, and Wired Magazine. He has shot numerous celebrities and athletes such as Jerry Rice, Steve Young and Issa Rae and he has worked for advertising clients like Jose Cuervo, Universal Studios, Tommy Hilfiger, Calvin Klein and Marvel to name a few. He is available worldwide for assignments and can be reached at chris@chrisloupos.com 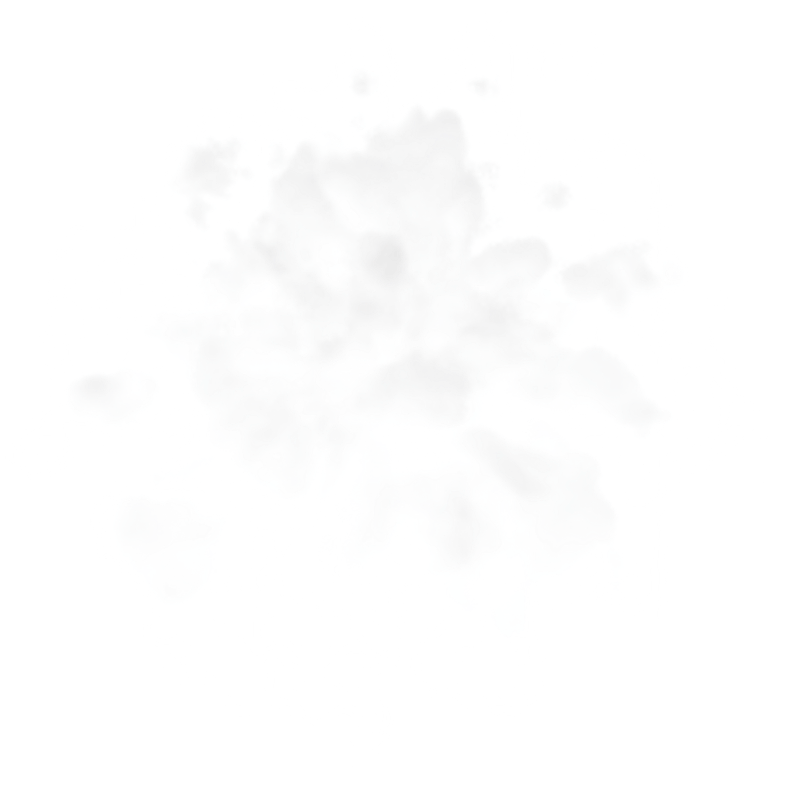 Jessica is a native New Yorker and continues to call New York Home. Jessica has studied at H.B Studio, the Labyrinth Theatre group and the Neighborhood playhouse. She was seen most recently seen as Maggie in a special KBO theatre Gala benefit in Cat On A Hot Tin Roof. Roberta in Danny And The Deep Blue Sea and as Tood in the Cover Of Life. She is very grateful to be part of the team for The Glass Menagerie. Jessica would also like to give a special thank you to Matt de Rogatis who is starring in this show as (Tom) for giving her this opportunity.

Jesse is a recent graduate of the New School for Drama (2018), who earned a Dramatic Arts degree with an emphasis on directing, acting, and stage management. Jesse has enjoyed working in all three disciplines to add his voice to this community of artists. His favorite productions include: A Midsummer Night’s Dream (The New School for Drama), Echoes of Ebola (ASM: Playwrights Horizons), Fabuloso (Theatre Row), The Land of Cheesecake and Ice Cream (Theatre Row), KATIE (Theatre for the New City) and Wars of the Roses: Henry VI & Richard III (Bank Street Theatre & Theatre for the New City). He’s Thrilled to be working on The Glass Menagerie, and is extremely grateful to be a part of this ensemble. Special thanks to Hunter Cagle, she knows why. @JTFreckle96

Paul has enjoyed a forty-year career in the US and his native England as an actor, director, theatre and film professor, voice, speech and dialect instructor in leading conservatories, and dialect coach in feature films and in the theatre.  Dialect coaching for feature films include: Ang Lee's Ride With The Devil , Paul Cox's Molokai , Tim Robbins' Arlington Road , and Michael Landon Junior’s The Last Sin Eater . Among the actors he has coached are Mark Ruffalo, Kris Kristofferson, Nick Nolte, Tobey Maguire, Jim Caviezel, and Jeffrey Wright.  In the theatre, his voice, speech and dialect coaching credits top three hundred productions in professional and academic companies. Productions include The Glass Menagerie , at the Palace Theatre, London; The Marriage Bed , at the Sanford Meisner Theatre in New York .  Paul has taught at many conservatories and universities in England and America including RADA (The Royal Academy of Dramatic Art), LAMDA (The London Academy of Music and Dramatic Art) and The Department of Theatre and Film at the University of Kansas where he is Professor Emeritus.  Published works include his dialect textbook, Accents and Dialects for Stage and Screen.   Paul is the founder and director of IDEA (International Dialects of English Archive), the world’s first online archive of accent and dialect samples for actors; while his books, eBooks, and dialect services are available through his company, Paul Meier Dialect Services.

Arlene's costume shop has been costuming for over 40 years. Their costumes have been featured in movies such as Alexander, Gangs of New York, Hidalgo and Year One as well as several Off Broadway productions and the New York City Opera. Recently they were nominated for Broadway’s International Costuming Award for a regional production of Annie Get Your Gun at the Algonquin Theater. Their theatrical costumes have been used in music videos, televisions series, and in many short film productions. Arlenes costumes have also traveled the world, costuming weddings in Germany, reunions in Denmark and even Purim in Israel.

Jessie is a fine artist and illustrator who works under the name “Bunkerfish”. She currently resides on the northwest coast of Puerto Rico. She received her bachelors in fine arts with a focus in printmaking from the University of the Arts in Philadelphia in 2008. Her work can be found on the walls of cafes and restaurants on the east coast, adorning the sides of buildings in the Caribbean, and in the homes of private collectors across the globe.